In order to show which roles report to other roles, we need to add "Accountable To" and "Accountable For" fields in our Role Template. The role template is accessed from the "Settings" icon at the bottom of the left-hand side menu bar.

Open the Role Template and click "Add Field". Two fields will appear automatically: "Accountable To" and "Accountable For". Add both to the card by clicking on them: 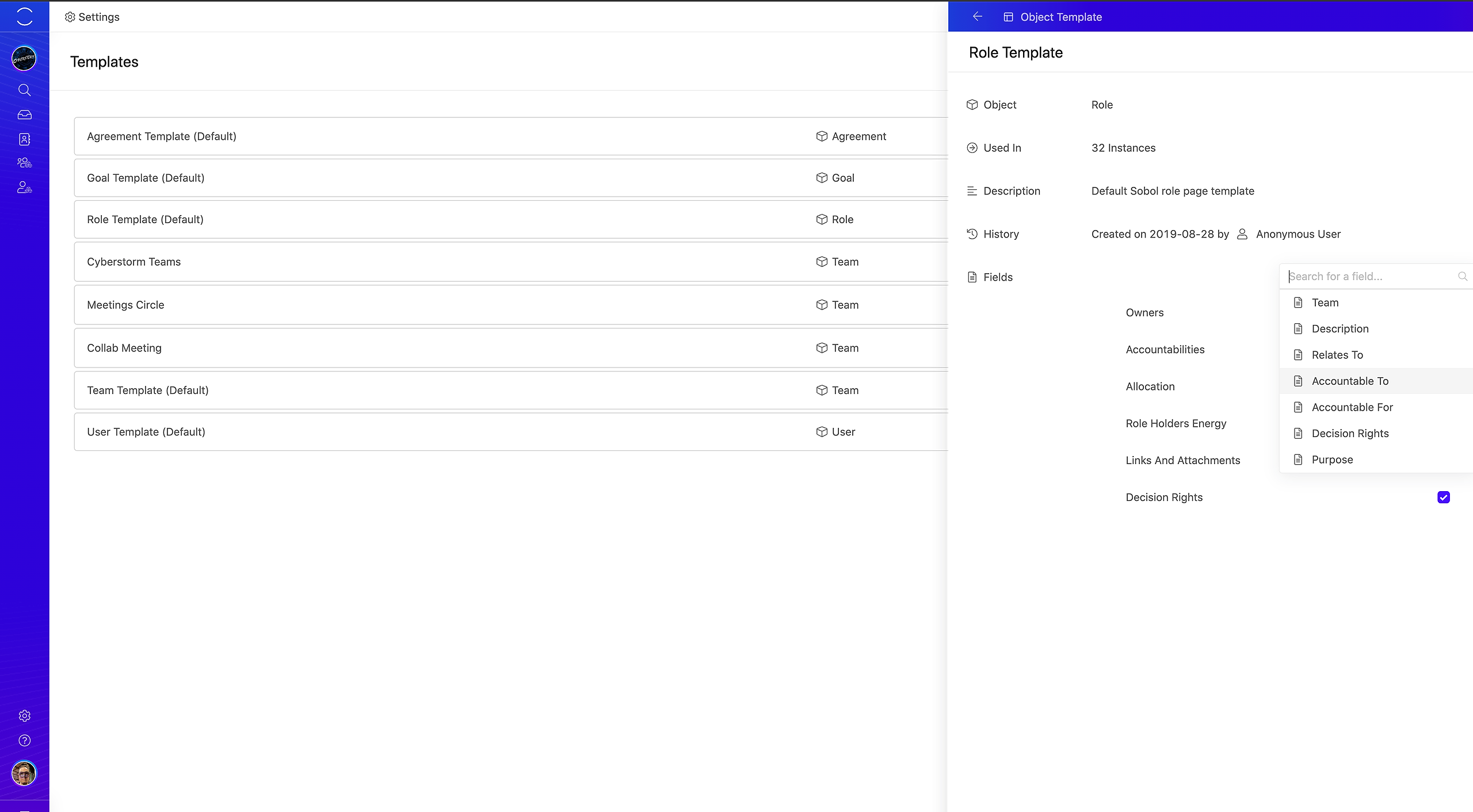 Now opening a role card and entering a role in the "Accountable To" field will allow a role owner to select a role to which that role reports: 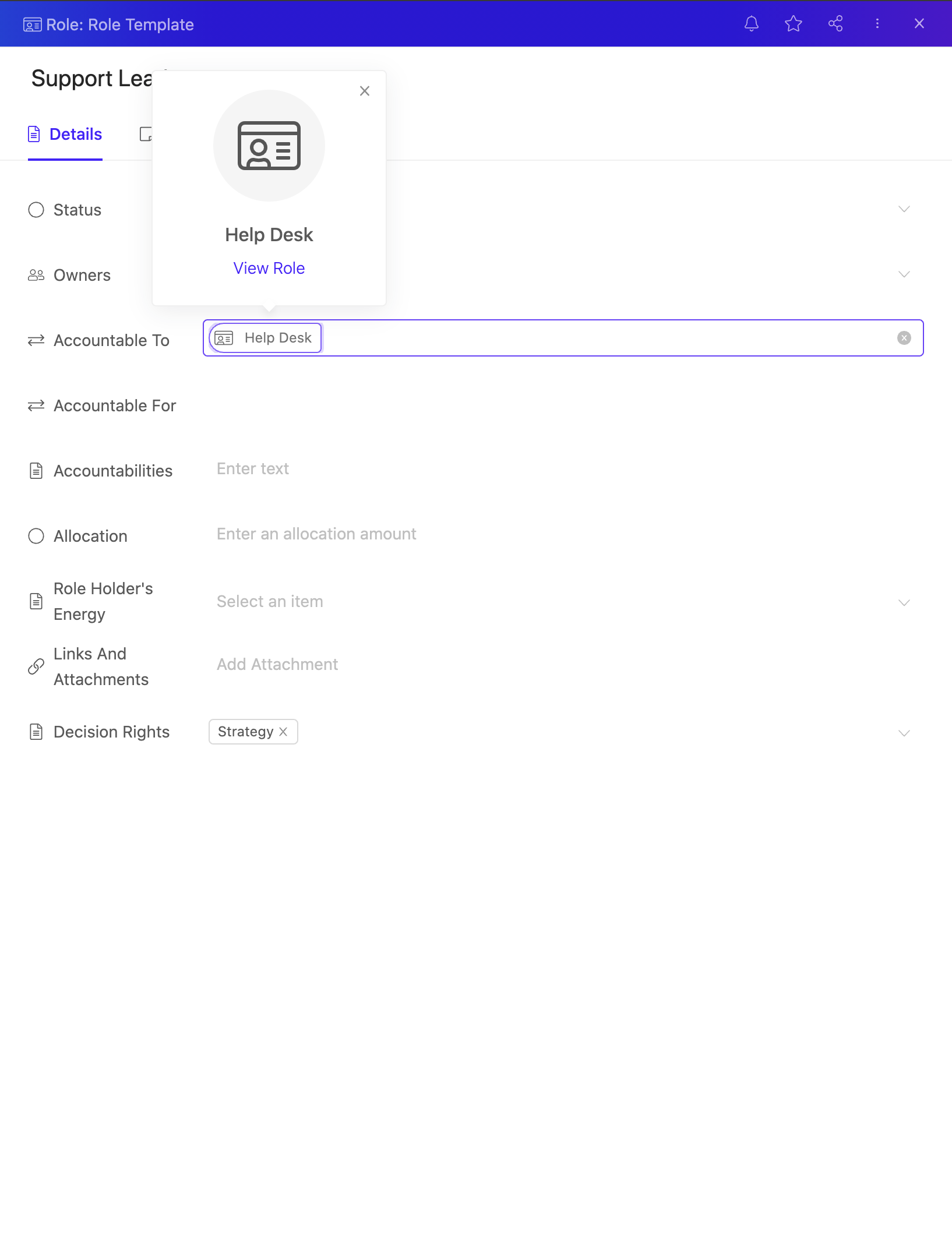 In the example above, opening the drawer for the "Help Desk" role, one will find that the Support Lead role has automatically been added as a role to which that role is accountable for: 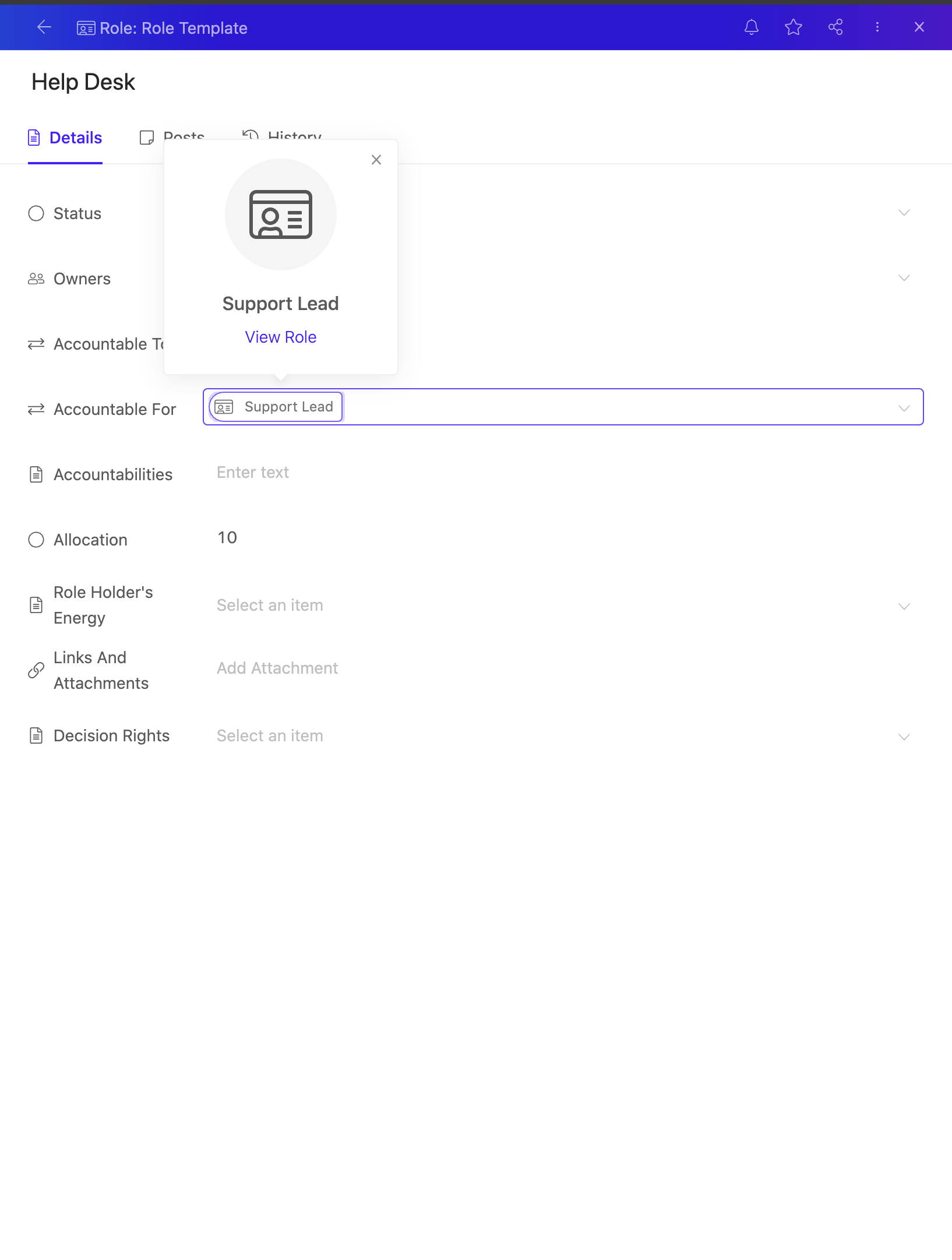